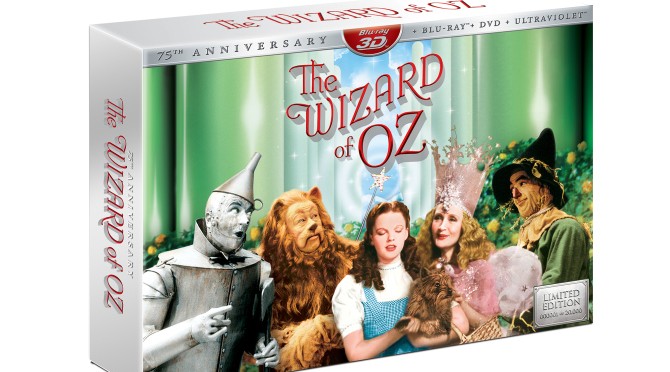 In September 2013 Warner Bros. will release 3-D and IMAX theatrical versions in the USA and internationally of The Wizard of Oz as part of a promotion for the film’s 75th anniversary in 2014. And on October 1 the company will release a 5-disc DVD set, with new bonus features.