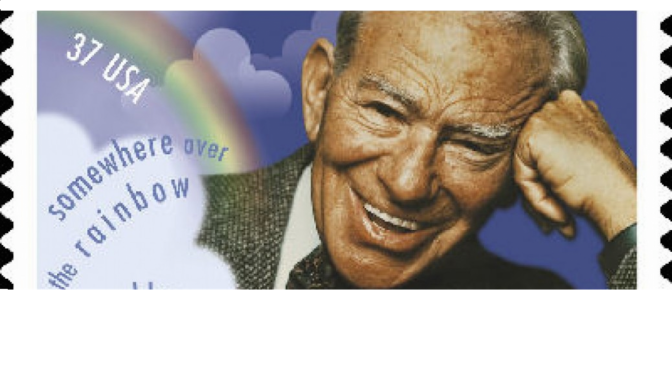 E. Y. (Yip) Harburg, known as “Broadway’s social conscience” was a master lyricist, poet and book writer dedicated to social justice.  His best-known songs include “Brother, Can You Spare a Dime?” and “Over The Rainbow.” Yip also wrote the lyrics to the rest of The Wizard of Oz and edited the final screenplay. The film will celebrate its 80th anniversary in 2019.

Yip was a “fellow who followed a dream.” He believed that all people should be guaranteed basic human rights, political equality, free education and economic opportunity – beliefs he personified through his actions and songs.

From Rhymes for the Irreverent