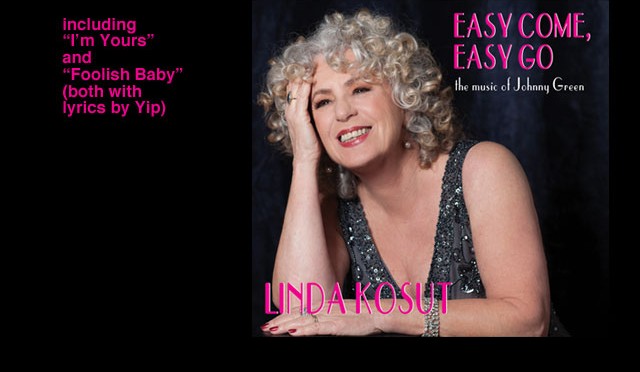 San Francisco-based singer Linda Kosut released her new CD, Easy Come, Easy Go: The Music of Johnny Green, in September 2014. Green, best known as an Oscar-winning musical arranger and conductor of Hollywood film scores (including An American in Paris and Raintree County) wrote a number of popular songs early in his career, including about ten with Yip. Two of those songs, “I’m Yours” and the never-before-recorded “Foolish Baby,” are on this CD. Green’s most famous song is “Body and Soul.”